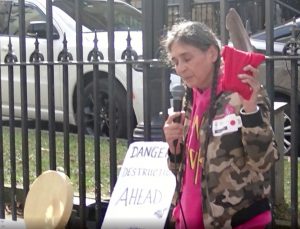 Mi’kmaw elder Thunderbird Swooping Down Woman (Darlene Gilbert)  at opening of rally, she burned sweetgrass, distributed tobacco (later returned to her to be taken  to a special river) and sang/drummed the Honour Song. She was arrested for being on the Eisner land – unceded Mi’kmaq territory – on Sept 6, 2022.

For the Record, videos from the rally: 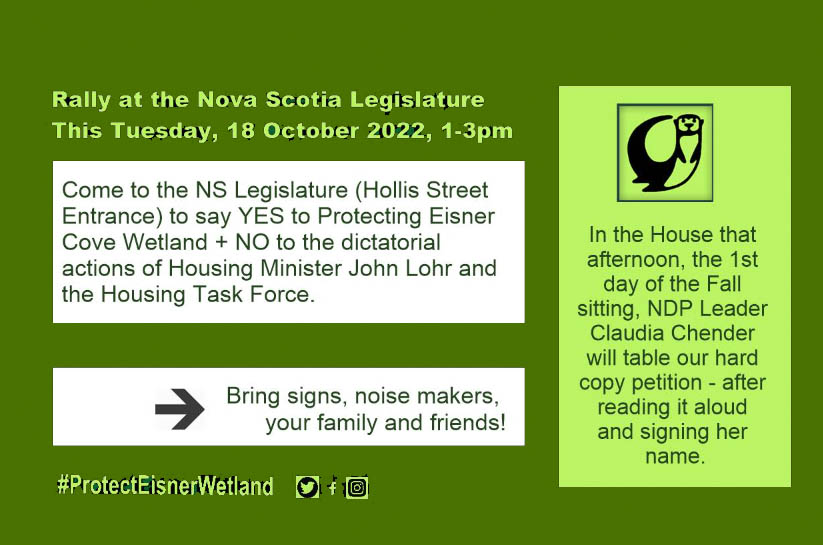 PROTECT EISNER WETLAND RALLY TUESDAY OCT 18 “At this point, a lot of the upland forest has been destroyed. There is still time to stop some of the destruction, but the issue, really, is about holding this provincial government/housing task force accountable for destroying ecologically precious habitat in an urban landscape, closing their eyes to a shady land deal involving Crown lands, ignoring the concerns of local citizens and ‘invisible people’, and overriding democratic processes and really good landscape planning by HRM which has evolved over the last 10 years. These issues are common to many other special places in HRM that are being looked at for development while there is still a more than ample area of already ecologically degraded land that can be developed to provide more housing. So please come out in support of this rally if you can &/or keep a tab on it all and write a letter about the issues to Premier/Mayor/Councillors.” 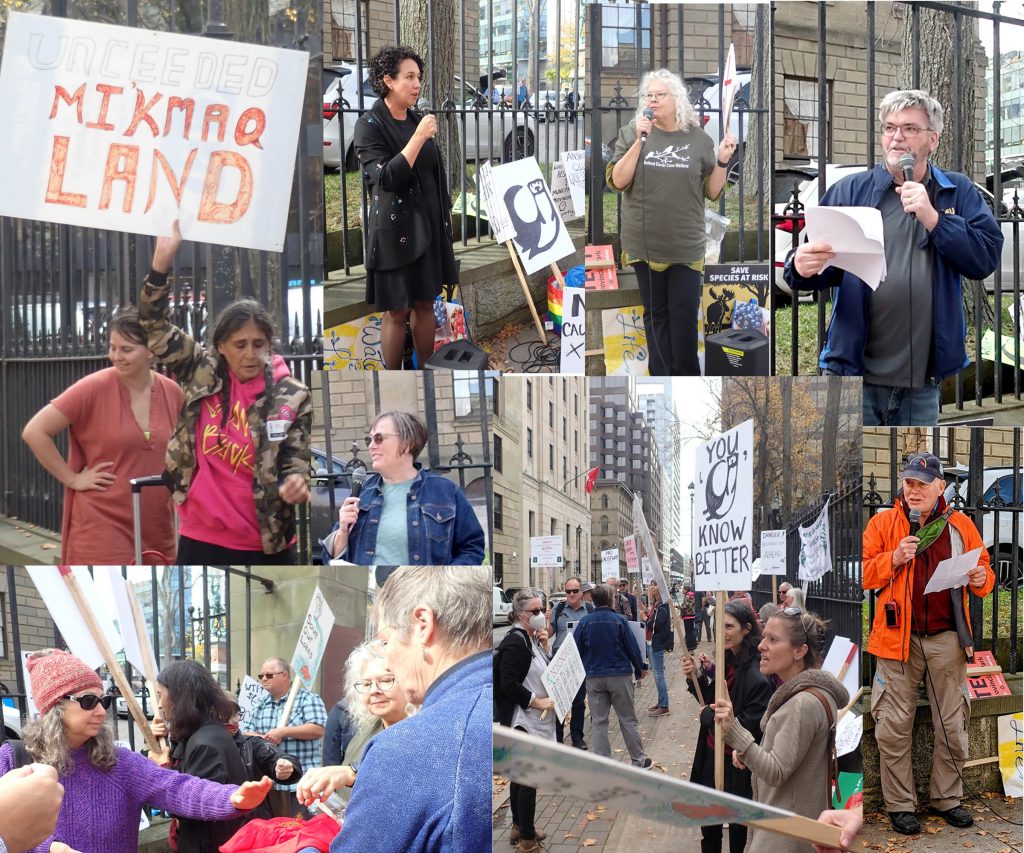