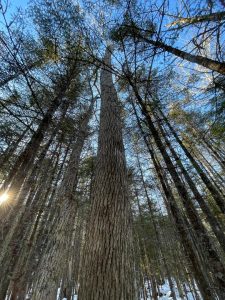 The Nova Scotia Wild Flora Society (NSWFS) requests block HN060250B in Hants County south of Lower Selma, be immediately removed from the harvest schedule (comments expire Jan 26). This stand (purple – shelterwood on HPMV) is extremely rich habitat hosting an unusually biodiverse multi-aged forest. Most of our native tree species are here with all age classes, including old growth, represented. The large healthy population of White Ash is most unusual. It is also likely that Black Ash are here in the wetlands. Note that since 2017, due to the widespread emerald ash borer infestation, all native American ash are on the International Union for Conservation of Nature (IUCN) red (critically endangered) list. For this reason, the NSWFS is also calling for an immediate ban on logging equipment that might carry and spread this insect into our disappearing forests that still host healthy native ash populations. 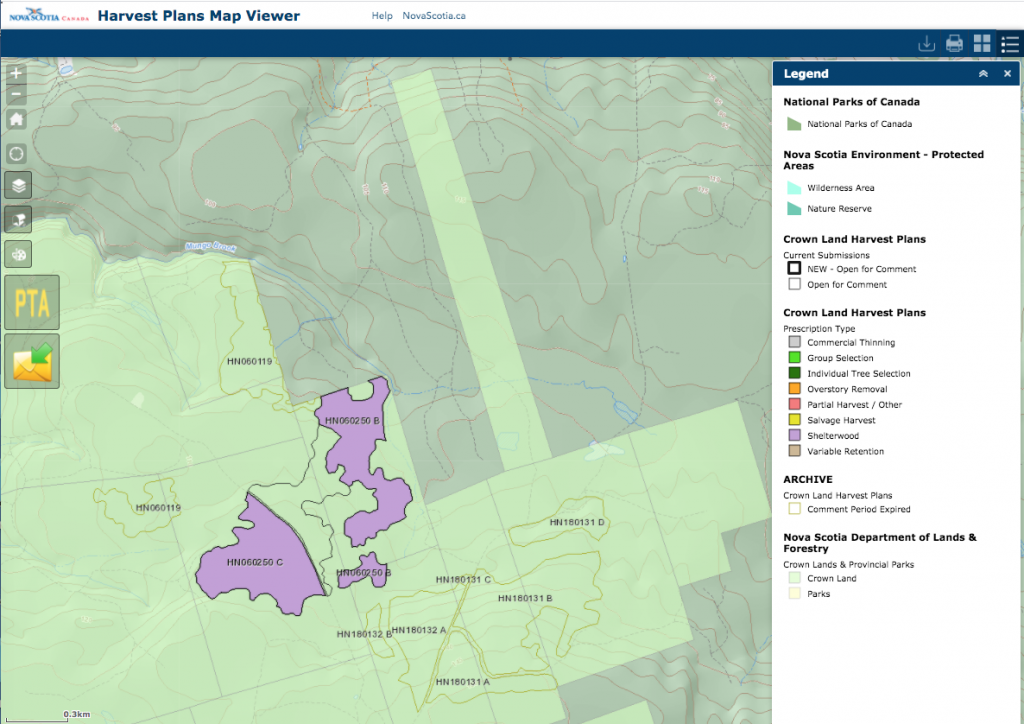 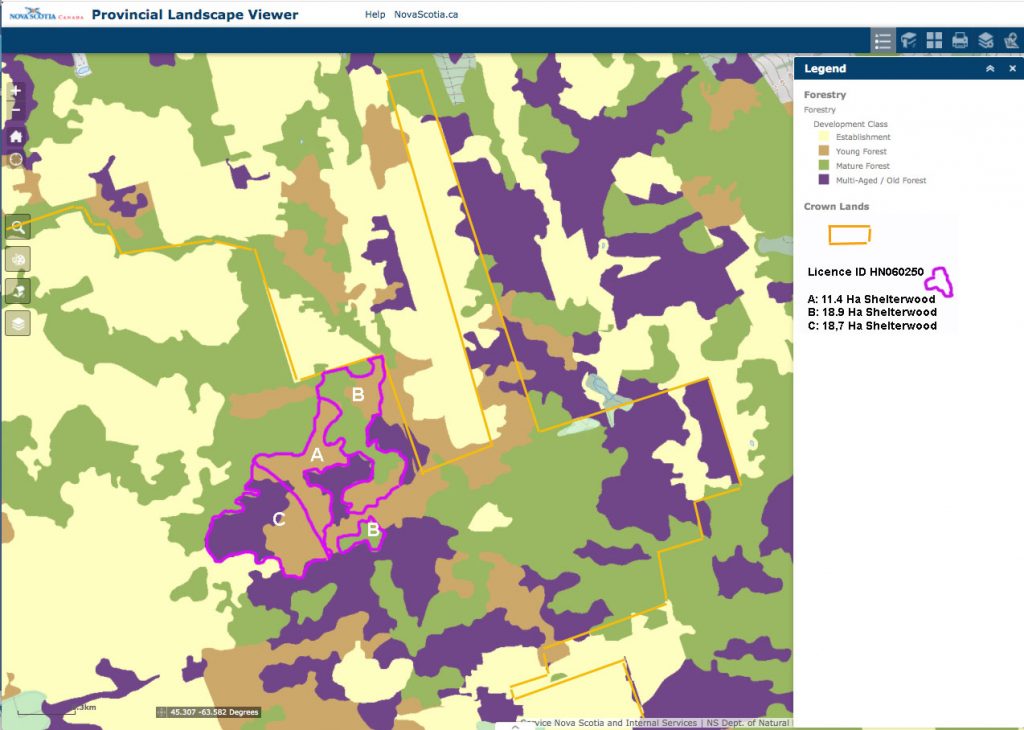