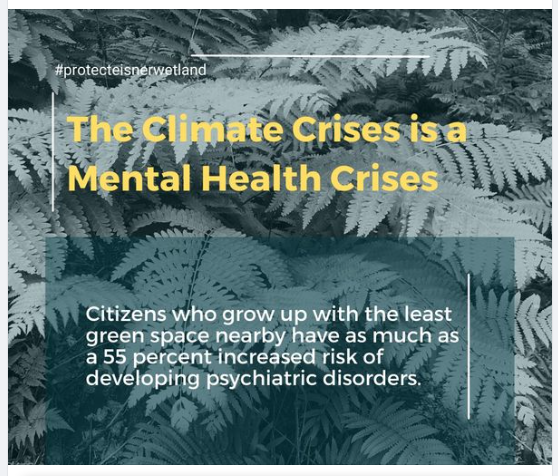 What does saving a wetland mean to us?

Well the big picture is pretty significant; it means protecting biodiversity, quenching the climate crises and the survival of our planet.

But in the heart… what does saving a wetland mean? What does it look like?

Well I’ve seen some overwhelming examples of this over these last month while protesting the active destruction of Eisner Cove Wetland. I’ve seen friends put their lives on the line for something they believed in. Literally almost die in front of my eyes at the hands of greedy contractors.

I’ve seen people work tirelessly from sun up to sundown, with no pay, selflessly turning the wheels to find a way. I’ve seen neighbours come out to witness the ruthlessness of this process with tears in their eyes.

I’ve seen a father exasperated with his young son be surrounded by police as an extractor pulled into the woods, his words of sorrow and anger fell on deaf ears and the blank stares of police, as they facilitated the tree harvesters entry into the forest.

All of us here have a human and tangible connection to nature. This drives our impulses and desire to protect it, to look at and understand the bigger picture.

It’s no shock that as we become more and more detached from nature the current mental health crises grows. Researchers from Denmark’s University of Aarhus found that citizens who grew up with the least green space nearby had as much as a 55 percent increased risk of developing psychiatric disorders such as depression, anxiety, and substance abuse in later years. They found that childhood exposure to green space was especially critical, note Eisner cove wetland boarders on an elementary and Junior High School and has long been used as a place of play for these children.

If this development goes through, the city will be adding close to 1900 units to the area (Fenwick development included here, which hasn’t commenced yet). This number rises quickly with surrounding developments such as the Vista on Pleasant, the Penhorn Mall Lands with 950 units, and the ever growing Baker Drive developments. The city and government are looking at adding tens of thousands of people to the area within a few years, yet it is also going to demolish the last large urban forest and wetland within the city center limits when there are many other less ecologically sensitive areas available to develop. All while there are no plans of creating more green space nearby, only taking it away, along with the chance for urban kids to experience nature, connect with it, and eventually become advocates for climate change.

This wetland has played a significant role in my childhood and adulthood alike. I got lost in here and explored endlessly as a young girl, it helped me escape hard times at home and at school, it was a lifeline. It sparked an interest in biology which led me to study and research ecology in university. It fostered a sense of connection and empathy which led me to a career in medicine. More recently it’s been a sense of peace to escape to during lockdowns and in stressful times.

For all that this space has provided me, provides for our environment, and can provide for our citizens and future children, I will not let it’s destruction happen in vein. This will serve as an example; we are all watching, we are all grieving and we will not forget this.
#protecteisnerwetland #stopandswap