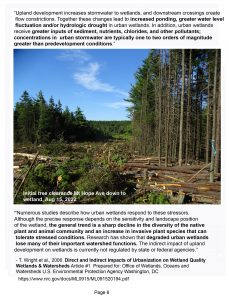 On Aug 24, 2022, a  letter  was sent to Premier Houston, Nova Scotia Ministers Lohr and Halman, Halifax Mayor Savage & HRM Councillors, Kevin Neatt (Clayton Developments) by  David Patriquin, on behalf of the NS Wild Flora Society and the Halifax Field Naturalists,  subject: An Open Letter in support of William Zebedee’s Appeal of Wetland Alteration Approval No 2021-2886385-00 (22-07-29): Can we all take a sober second look at the Southdale Future Growth Node?

The covering e-mail is reproduced below. The Open Letter is in the form of two PDF documents, one the text of the letter and the second an attachment with maps and photos. A combined verison is also provided below.

I have attached a document “An Open Letter in support of William Zebedee’s Appeal of Wetland Alteration Approval No 2021-2886385-00 (22-07-29): Can we all take a sober second look at the Southdale Future Growth Node?” for your consideration.

It is a lengthy document (21 pages + a 12 page Appendix with figures), The gist of it is given in Section 1: Introduction and Summary (pages 2-6), also in shorter form by Section 5: Conclusion, copied below.

5. Conclusion
Evidently, the LSA was the major source of information about possible environmental impacts of the Clayton Developments proposal. However the LSA clearly failed to identify some key characteristics of the site and some very significant potential environmental impacts, and downplayed the ecological significance of the site, its role as habitat, in landscape connectivity and in carbon sequestration and storage.

The LSA was mostly a desktop study and relied on existing information about the wetland which is mostly coarse scale information; there have been few published ground observations. Some highly pertinent observations. e.g., the bird study and the drone footage obtained by the Protect Eisner Cove Wetland group, and some of my observations were made subsequent to LSA. For whatever reason, reference to a WESP report on the site dated June 8, 2021 is entirely lacking in the LSA.

I have suggested, based on my informal visits to the site, that had local naturalists known about and visited the Southdale site prior to development of the Halifax Green Network Plan, it probably would have been recognized in the HGNP as ecologically significant site. The independently conducted WESP study lends support to that contention.

It appears in turn that the LSA was not critically reviewed by staff and few if any councillors read document critically or at all.

So in a sense ‘we collectively  messed up’ with the exception of the Protect Eisner Cover Wetland group who have struggled to have their concerns given serious consideration.

It is still early on in the development process. Surely now, the right thing to do is to take a sober second look at the Southdale Future Growth Node.

I very much appreciate your review of this document.

Sincerely
– David Patriquin, on behalf of the NS Wild Flora Society and the Halifax Field Naturalists 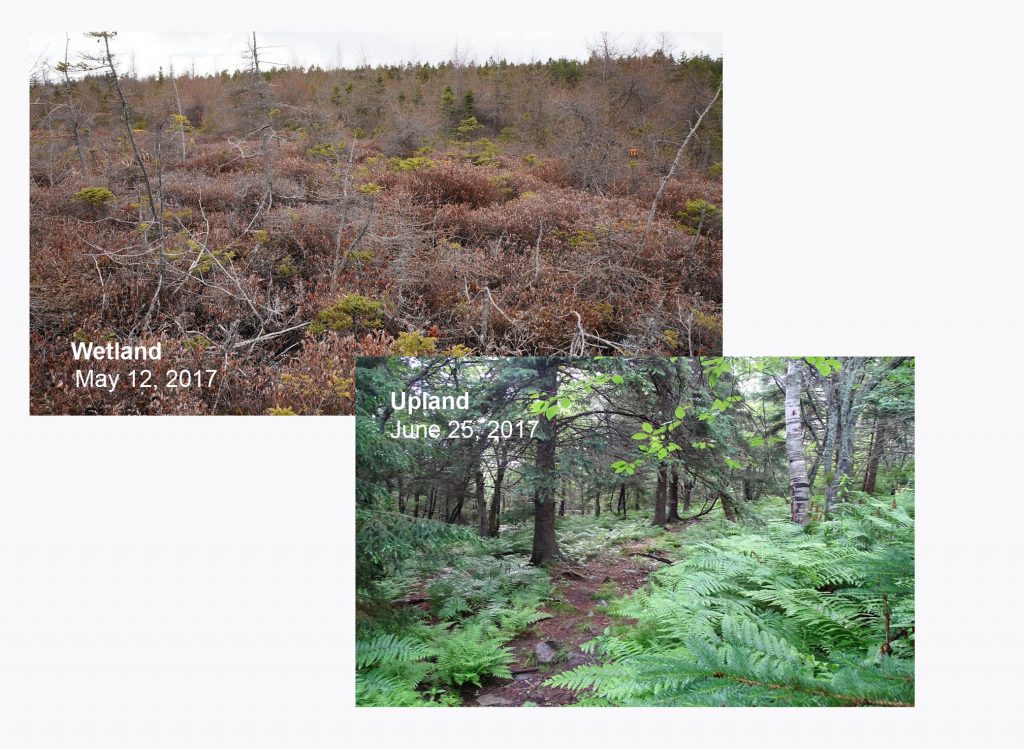 RESPONSES
As of 5 pm Friday Aug 26, I had received acknowledgment of receipt of the letter from the Premier, Minister Halman, and the City Clerk.

On Sep 16, 2022, it was announced that “Environment and Climate Change Minister Timothy Halman has dismissed two appeals of an approval related to a portion of wetland in the Eisner Cove-Mount Hope area of Dartmouth.” View News Release

I wrote the following letter today:

I viewed your recent dismissal of Bill Zebedee’s appeal in regard to the Southdale wetland/causeway obviously with some disappointment.

I continue to believe that a thorough, objective and independent review of all of the related documents including the materials presented or cited in my 21 page letter+ 12 page appendix with Maps etc. (attached as one document) would indicate that the Southdale/Eisner Cove Wetland is indeed a Wetland of Significance, and that the removal of the forest will seriously degrade the wetland as well as constituting in itself loss of ecologically significant habitat and wildlife corridor,

Regardless, I encourage you still, to consider them. There is still time to limit further damage to this system and to build in an alternative, already ecologically degraded site.

I suggest such a move would be regarded as courageous, wise in the context of the real ecological and social issues facing us in today’s world, and would be widely lauded.