ALL NSWFS MEETINGS AND FIELD TRIPS CANCELLED UNTIL FURTHER NOTICE

The Museum of Natural History is now closed as a precaution to the spread of COVID-19. We will be postponing all future meetings and field trips until we hear that circumstances have changed.

Posted on March 7, 2020 by Bob Kennedy
You are cordially invited to join the 19th Annual General Meeting assembly of members and volunteers/supporters of the Five Bridges Wilderness Heritage Trust.  Mark your calendar today for Sunday, March 22 from 2 – 4 pm at the Estabrooks Community Hall.
Our guest speaker Allison Thorne, NS Nature Trust, will share news about saving local urban wild lands, like the Blue Mountain Birch Cove campaign.  Free event. Everyone is welcome.
Posted in conservation | Leave a comment

Meeting was cancelled yesterday by the Dept of Lands and Forestry 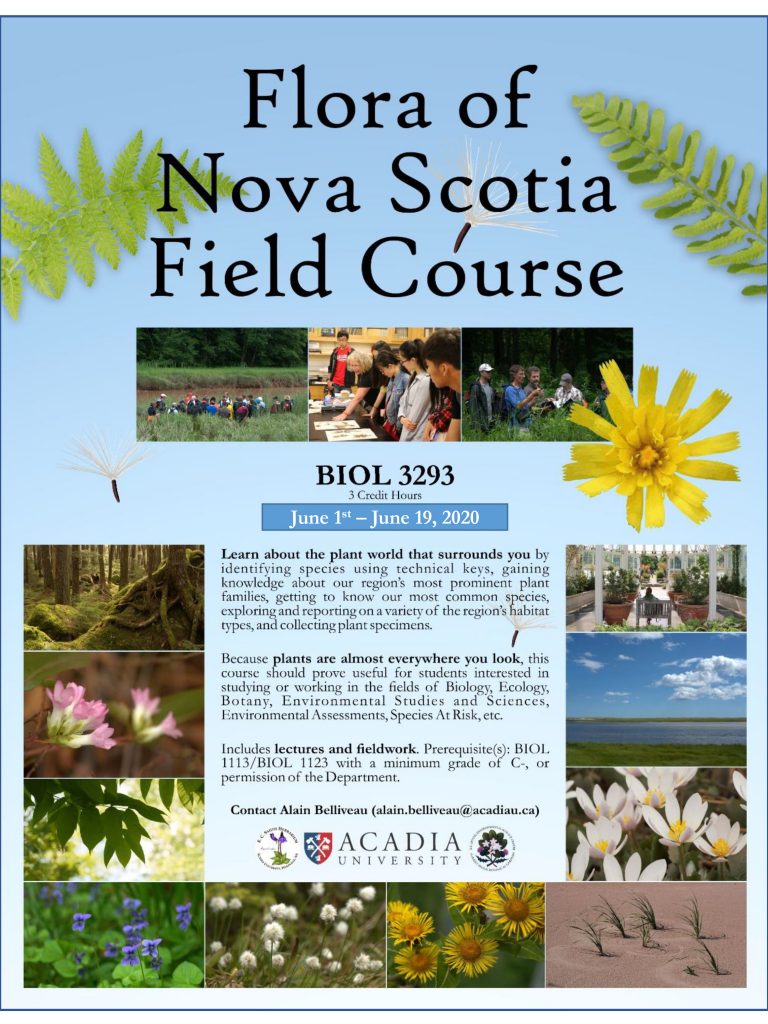 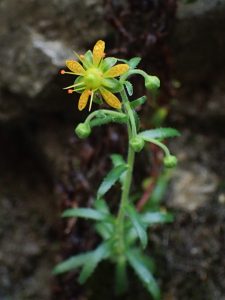 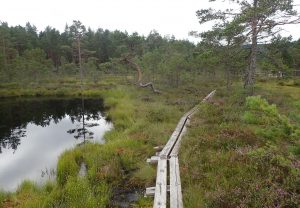 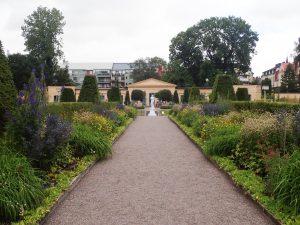 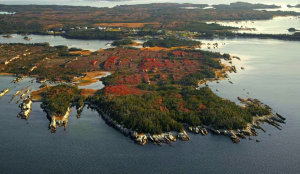 The following letter was emailed by the Nova Scotia Wild Flora Society to the people listed below on January 30, 2020

Owls Head is a provincial treasure that must be protected for the benefit of future generations. The coastal barrens at Owls Head support globally rare Broom Crowberry heathlands. This plant community is found nowhere else in Canada. The species Broom Crowberry can only be found in northeastern North America, where it is rare to all provinces and states outside of Nova Scotia. Like our provincial tree the Red Spruce or the Nova Scotia Mayflower, Broom Crowberry is an important emblem of our province’s natural history.

Owls Head also supports extensive bog wetlands, which the government of Nova Scotia is committed to protect under the Nova Scotia Wetland Conservation Policy. These wetlands are biodiverse and contribute important ecosystem services including maintaining watershed health. The wetlands, ponds, lakes, and marine environment associated with Owls Head would be adversely affected by a golf course development. Data that we have collected at similar sites in the province show deterioration of water quality in surface runoff with the removal of barrens vegetation. We urge the province to follow through on commitments of the Nova Scotia Wetland Conservation Policy by not permitting a golf course development at Owls head.

We urge the province to follow through also on its commitments to protect Owls Head as part of Our Parks and Protected Areas Plan. Owls Head has been considered a Provincial Park Reserve for decades, enabling generations of Nova Scotians to kayak and hike within its boundaries. A golf course development at Owls Head removes accessibility to organizations like ours and to the greater public. A golf course development at Owls Head removes its valuable contribution to the greater Eastern Shore Islands Wilderness Area and the 100 Wild Islands Conservation Campaign.

In the greater interest of Nova Scotians, we of the Nova Scotia Wild Flora Society ask you to:

2) stop the land sale of Owls Head, reject the proposal to destroy this conservation gem for the purposes of a privately-owned golf course. 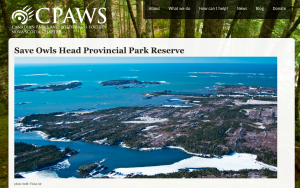 “The Nova Scotia government has secretly de-listed Owls Head Provincial Park Reserve and is now preparing to sell-off these public lands to a private developer who is interested in building golf courses.

“This decision was made behind-closed-doors with ZERO public consultation. The only reason why this delisting is known is because of the investigative reporting by Michael Gorman at CBC Nova Scotia.

“We urgently need your help to STOP the Nova Scotia government from selling off this coastal park for private development.

“Please send an email to Premier Stephen McNeil that calls on the government to 1) stop the sale of public lands at Owls Head, and 2) immediately protect these lands using the Wilderness Areas Protection Act.”

For more about this important conservation issue:
END_OF_DOCUMENT_TOKEN_TO_BE_REPLACED

Several of our NS Wild Flora Society members have attended these classes at Eagle Hill, and rave about them. 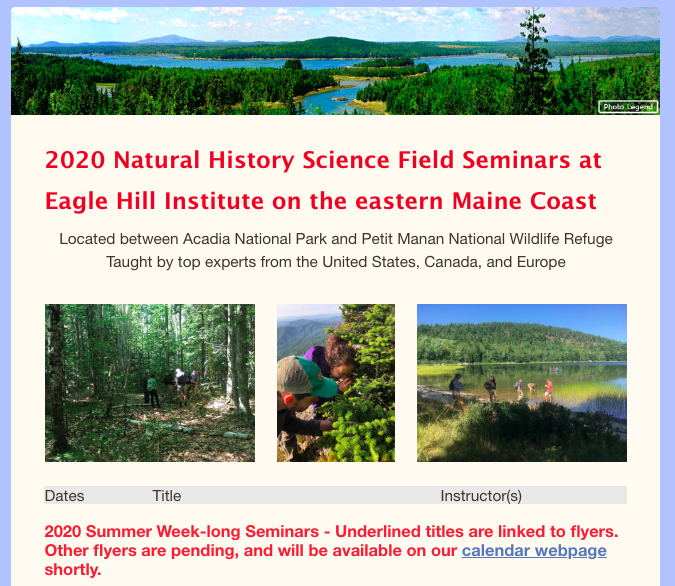 On Monday Jan. 27, all NSWFS members have an opportunity to share their favourite recent photos on the high quality projector in the Museum of Natural History.  Select up to 10 of your favourite flora slides of the year or from any trip you found interesting and put them on a memory stick to be loaded into a computer before the meeting begins. Do you have a photo of a Mystery Plant to include? 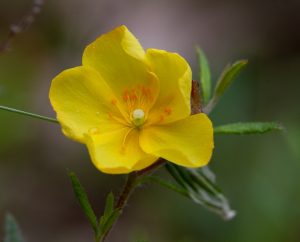 Please contact us at nswildflora@yahoo.ca if you are interested and have not done so already.
Specs for NSWFS Slide Night
Photo: Mystery Plant – to be revealed
Bob Kennedy

Monday, Nov 25, 2019: Sean Haughian on the Lichens and Liverworts growing on the trees, soil and rocks of Atlantic Canada 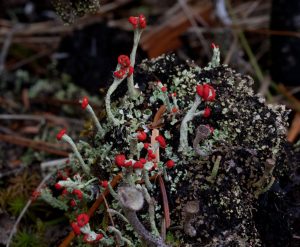 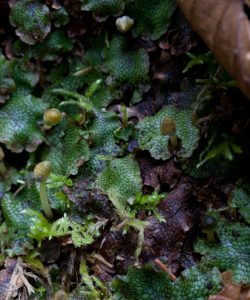 Sean R. Haughian is Curator of Botany at the Nova Scotia Museum and he has specialized in lichens, liverworts and bryophytes in his many years as a field and lab botanist. Nova Scotia has one of the best habitats in the world for a broad diversity of these primitive plants and fungal symbionts. It is not too hot, not too cold, the air is clean and our climate offers a lot of moisture. And best of all for this time of year, they are easy to find all winter when most vascular plants disappear. 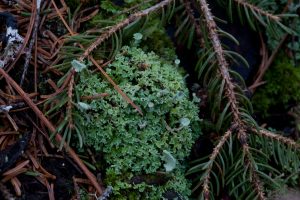 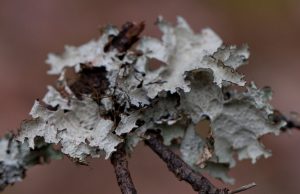 Come learn from an engaging speaker with a passion for his subject.