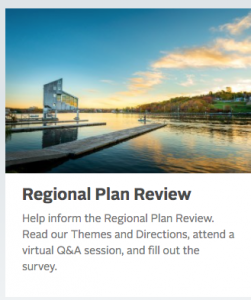 Submitted to regionalplan@halifax.ca on July 15, 2021

The Halifax Field Naturalists (HFN), founded in 1975, seeks to “educate ourselves and the public at large in the natural history of Nova Scotia.” Current membership is 110 paid up members. We have a website at www.halifaxfieldnaturalists.ca

The Nova Scotia Wild Flora Society (NSWFS), founded in 1990, is dedicated to the appreciation and conservation of wild flora and habitat in Nova Scotia. Currently we have 47 paid up members. We have a website at www.nswildflora.ca

Both groups are Halifax based for in-person and now some virtual meetings, but we have members from all over the province, and our field trips occur throughout Nova Scotia.

Whenever possible, meetings and field trips of HFN and NSWFS are open to the public at large. In the last several years we have seen rising interest in our activities, reflecting the increased appreciation generally today of nature and of the many and special opportunities we have in Nova Scotia to enjoy nature.

Many of our members are involved as individuals in trail organizations and in specific conservation efforts. As naturalist societies, we are often asked to support such efforts by visiting specific sites and documenting the flora and fauna, and by writing letters of support.
HFN and NSWFS are members of Our HRM Alliance and are highly supportive of the draft document that has been circulating “Our HRM Alliance Response to the Proposed Regional Plan Review Themes & Directions”. We highlight some special concerns that we have as naturalist organizations below.

GREEN SPACE IN HRM: A LOT OF PROGRESS, BUT CONTINUING DEGRADATION

As naturalist societies and individually, it has been gratifying to participate in various HRM initiatives related to our ‘green spaces’ and we have been especially encouraged by the unanimous Regional Council support for the Halifax Green Network Plan in 2018 (but yet to be implemented). At the same time, however, we are witnessing continuing degradation of our green spaces.

Loss of habitat and habitat fragmentation are the major causes of loss of biodiversity globally, and clearly in our case, locally. We are only beginning to see the consequences but we can be sure that restricted connectivity will result in significant loss of biodiversity and overall Ecological Integrity in the future. We will likely regret not having been more protective of these corridor areas and we could be doing a lot of expensive retrofitting to recover some components of them. Thus it is very important that we hang on to as much of what we currently retain as possible, as identified in the recent Wildlife Corridor Landscape Design Charrette – Summary Report. (View https://ecologyaction.ca/wildlife-corridor-report).

In that regard, we especially support the Our HRM Alliance call urging HRM to “reconsider moving forward with Secondary Planning for growth at Sandy Lake and Blue Mountain-Birch Cove Lakes which should not occur until clear criteria for development are determined and ecological impacts of development have been understood. This is not the same as considering the environment at the neighbourhood-design level.”

In that same context, we were impressed and gratified that Mayor Mike Savage has said that he would write a letter on behalf of Halifax Regional council, to the provincial government regarding the planned Highway 113 requesting that the province not build Hwy 113 which would seriously impact wildlife connectivity between the Chebucto Peninsula and greater mainland.

Habitat degradation associated with increased recreational activity on our green spaces
We applaud the many steps HRM has taken to promote active transportation and to support in various ways trail groups across HRM. Ready access to a wide range of natural landscapes and nature-based activities is clearly one of factors behind the current growth of HRM. We often hear comments to the effect ‘we need places for people to live” as rationale for further new development in what is now green space. But it is a two-sided coin: we also ‘need places for people to play’, and our green space is not getting any larger. So we support the concept of growth by densifying as much as possible.

As well, more people are spending more time in our green spaces and some of these spaces are starting to degrade, e.g. in places, we are seeing many doggy bags left on trails or hanging in bushes and trees here and there, trail splintering, trees cut down and fire pits, damage from Mt. Bikes and ATVs operating outside of designated trails, and we seeing more invasive and exotic species by trails and into natural habitat.

Thus, as well as keeping as much green space as we possibly can, good stewardship of our green spaces is vital. In this regard we support the concepts in a proposal advanced by Richmond Campbell and others of the Woodens River Watershed Environmental Organization/The Bluff Trail for a “Community Based Wilderness Stewardship program for HRM that is designed to enhance HRM environmental protection and climate action”.

In addition to impacts of proposed developments on terrestrial habitat and connectivity, it is critical to re-examine the effects of proposed developments on water quality of the many lakes in HRM in the light of growing evidence that critical thresholds – notably Total P (phosphorus) – have actually been lowered by climate warming*; thus we are beginning to see blue-green algal blooms at Total P levels where we had not seen them previously, recent blooms at Grand Lake and Sandy Lake (Bedford) being possible examples. Hence, Trophic State Objectives based on Total P utilized to estimate tolerable levels of development in watersheds should be revised downwards. Also, added stresses associated with climate warming add to the rationale for increasing the Riparian Buffer in HRM to 100m *See Smol, J.P. 2019 Under the radar: long-term perspectives on ecological changes in lakes Proc. R. Soc. B 286: 20190834 (Available at https://royalsocietypublishing.org/doi/pdf/10.1098/rspb.2019.0834)

In regard to Climate Action, we are impressed with HRM’s Urban Forest Management Plan but see the lack of any significant restrictions on clearcutting on private lands in HRM as largely negating the benefits of our urban forest management for carbon sequestration. There have been many cases where land slated for new development is clearcut even when a large proportion of the land area to be developed is allowed to regrow as forest, and often that has involved loss of high volume, high carbon storage, Multi-aged/Old Growth forest stands. We urge HRM to develop rigorous carbon accounting for HRM tree cover and to explore means of restricting such clearcutting.

This entry was posted in conservation, OurHRM Alliance. Bookmark the permalink.